Two miniature versions of the Rocky Statue, whose original was produced by A. Thomas Schomberg and Boris Staparac, are gathered on the same base.

Sylvester Stallone, for the filming of Rocky III, had had A. Thomas Schomberg create a monumental bronze sculpture in the image of his hero, Rocky Balboa, at the top of the steps in front of the Philadelphia Museum of Art. At the end of the film, he donated it to the city of Philadelphia, leaving it in its place. However, members of the museum felt that it was primarily a film prop, so they had it moved, prompting a public debate. Indeed, the underdog’s statue in front of the museum represents a character from the working classes not attending cultural institutions. Moreover, Stallone made his character in the last lines of Rocky V say to his son about the museum: “Look at this, you know? I’ve been runnin’ up and down these steps for 20 years. And I never knew there were valuable pictures in this building”. He replied: “You’re never too old to learn something new. You’re gonna love Picasso. “The sculpture was temporarily reinstalled in its original place during the filming of the rest of the saga, before being removed again. Over time, the sculpture became one of the symbols of the city and its tourist interest became undeniable: it is currently visible in its final place, in the museum park.

In 2007, at the initiative of a residents’ association, the Serbian town of Žitište inaugurated a copy of the concrete and bronze sculpture of Rocky in their public space. Indeed, some inhabitants wanted to produce a monument with the mission to inspire the town, and the fictional boxer became a matter of course. After contacting Schomberg and finding out about the high price of the original work, it was negotiated with the rights holders that a croatian sculptor, Boris Staparac, could make a cheaper copy, which is still on display to this day. The choice of the motif was a matter of debate, some seeing in it the American cultural hegemony of the work coupled with a loss of identity and reference points in Serbian society, while others considered the sculpture to be a symbol of redemption through work, endurance, and the surpassing of oneself.

The proposal puts the two sculptures together: while one, official and in bronze, has not been adopted by the artistic institutions of Philadelphia, the other, although a copy of the first, plays the full role of a monument in the Serbian public space. With the agreement of the rights holders, this work articulates the Schomberg sculpture acquired from Schomberg Studios (the 12 inch resin version) and the Staparac sculpture is remodelled in plastiline, at the same scale and from images available online.

More: Two Rockies and More, a text by Cedric Fauq. 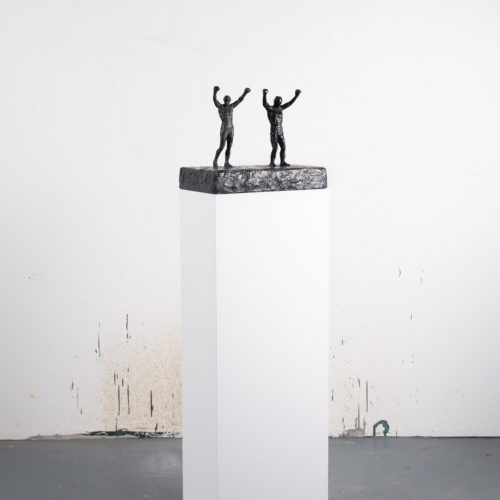 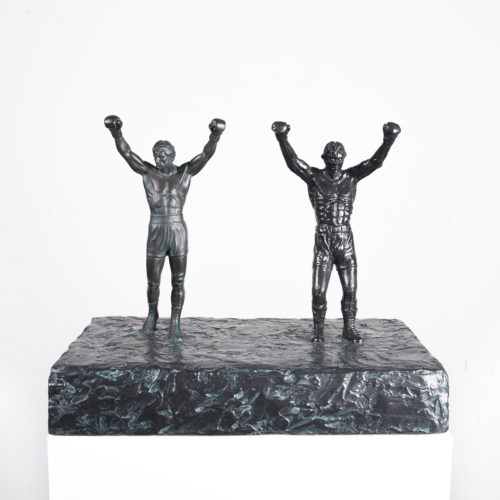 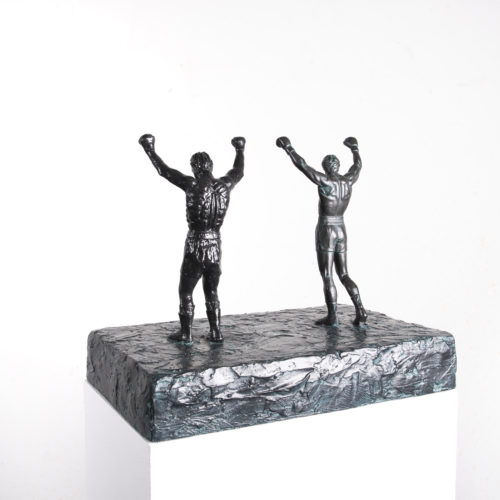 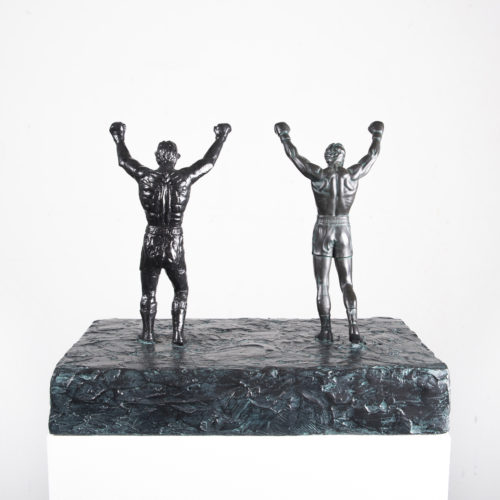 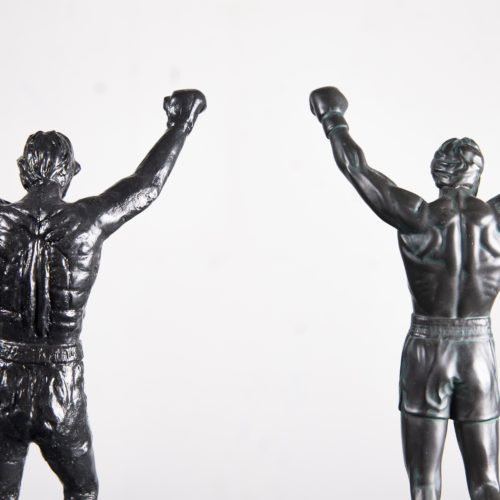 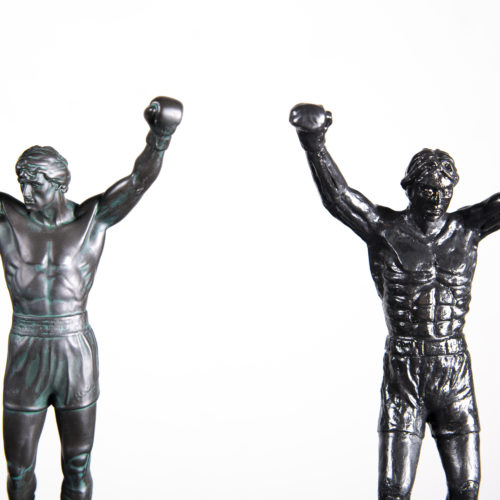 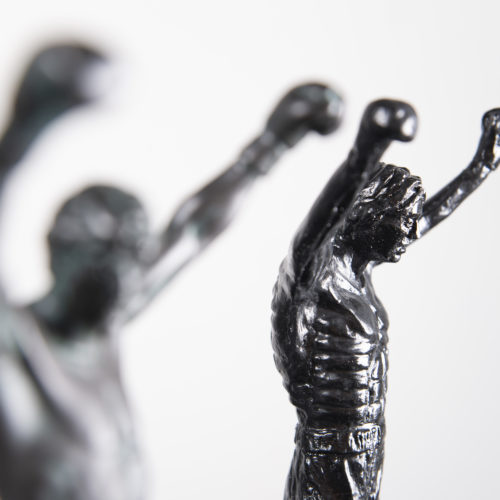 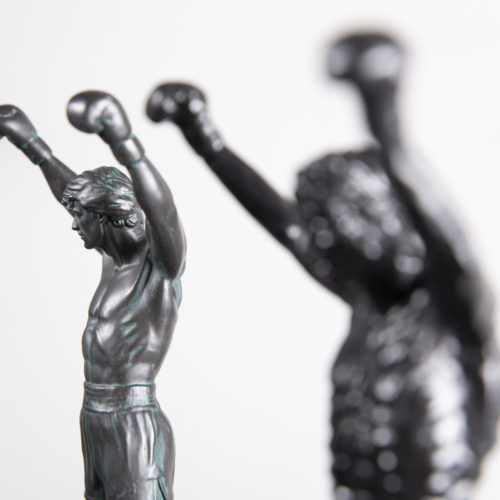 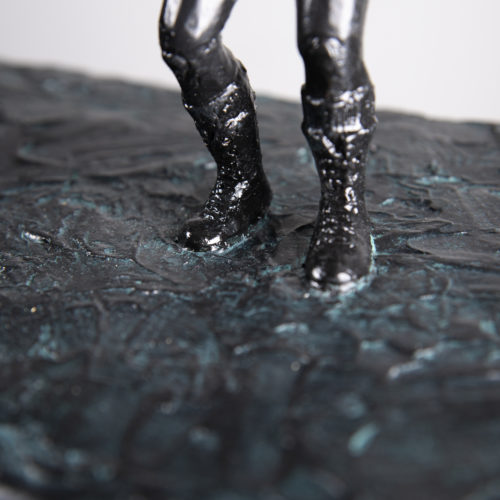 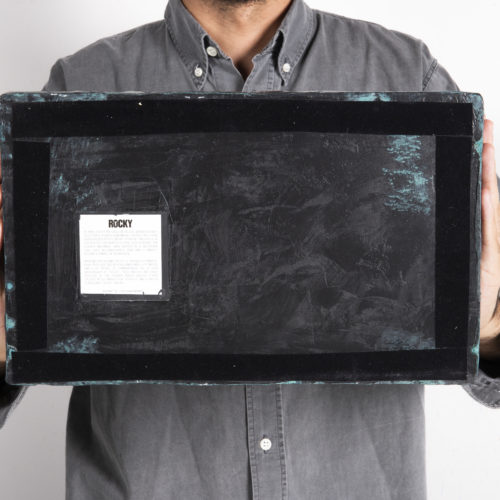 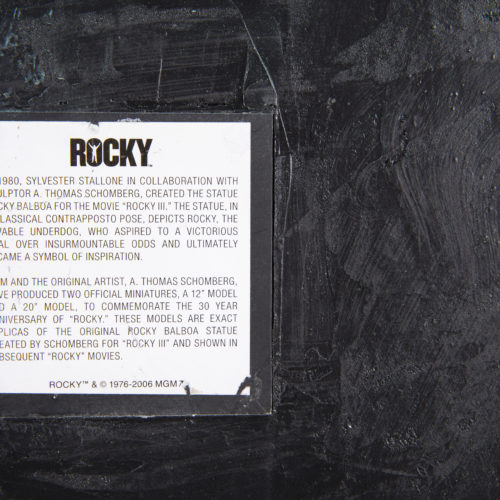