The intervention consists in adding two handles on the sliding doors of the pavilion. Instead of allowing for an easier opening of the doors, the handles are positioned in such a way that they serve as a stop, preventing entry. However, the doors are not completely closed, since a gap still allows to perceive the interior architecture. The handles are two fossilised vertebrae from a plesiosaurus and an ichthyosaurus, both around 150 million years old.

The Traverse Pavilion is a pedagogical project by the EPFL lead by architects Anja and Martin Fröhlich and students of the EAST (Laboratory of Elementary Architecture and Studies of Type), jointly with the association for contemporary art Le Cabanon. This pavilion was designed to be an open-air art space made from recycled elements on the brutalist site of Elanco, recently demolished, in Saint-Aubin (Canton of Fribourg, Switzerland). This complex originally belonged to Novartis and was dedicated to the “veterinary branch” of the group, in other words, to animal experimentation.

Building on the project statement (a collaboration between architects and artists), the proposal is designed as a critical intervention on the architecture of the pavilion, distantly re-enacting a strategy by the cultural 1%. The perverted function of the handles and their attachment secured by the anti-tamper screws emphasise their decorative role, and make them prominent elements which affect the visual sobriety of the outside of the pavilion.

The use of fossilised vertebrae opens up several narrative leads: on a formal formal level first of all, the mineral quality of these artefacts converses with that of the concrete doors. The vertebrae can resonate with the animal experimentation carried out on the original site, or even be understood as vanities: the age of the fossils is suddenly compared to the more relative age of the concrete. The vertebrae are at the heart of the structural system of vertebrates; this element also has an interesting relation with the vision of an architectonic concrete.

The proposition plays and negotiate with the context of the invitation, explorating and provoking tensions.

Although, a public commission from the pour-cent culturel was won by Aloïs Godinat in 2017 for the nearby Synathlon Building on the UNIL campus: he made an intervention on the handles with poignée-poignée.

An A2 poster by Paul Lannes printed three times announced a roundtable debate with the architect shortly after the exhibition. 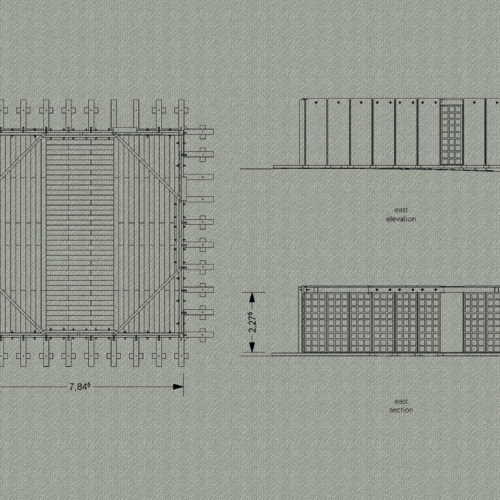 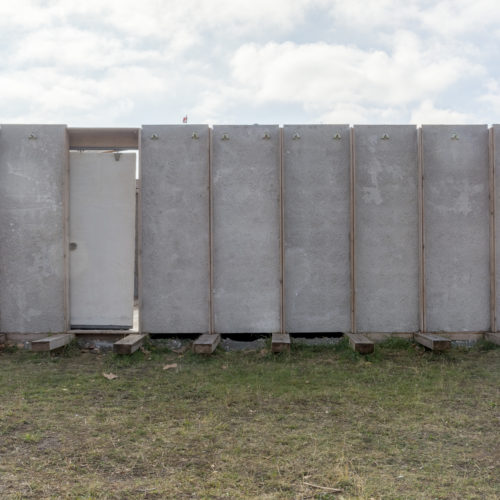 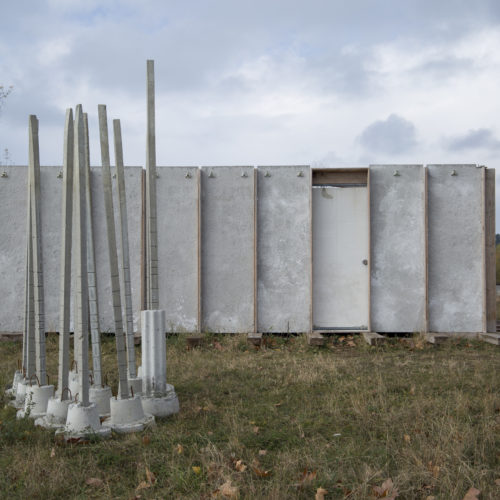 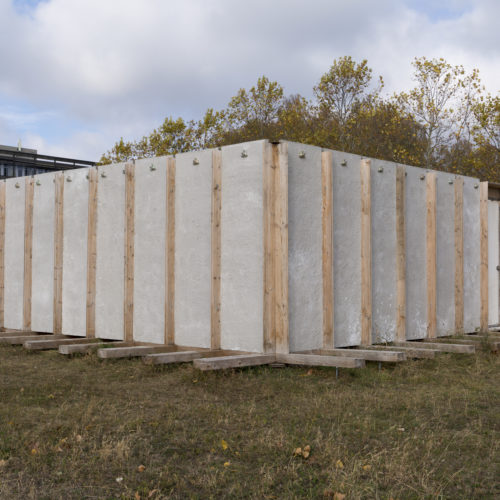 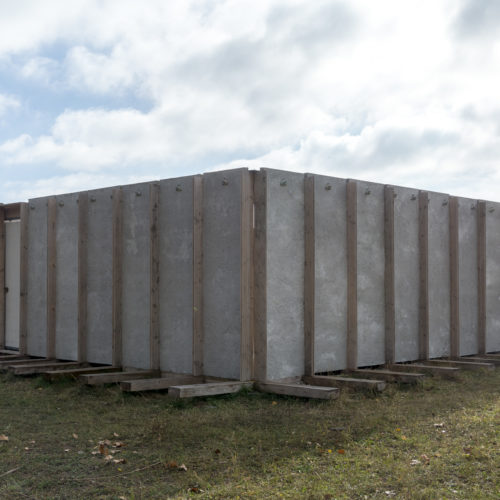 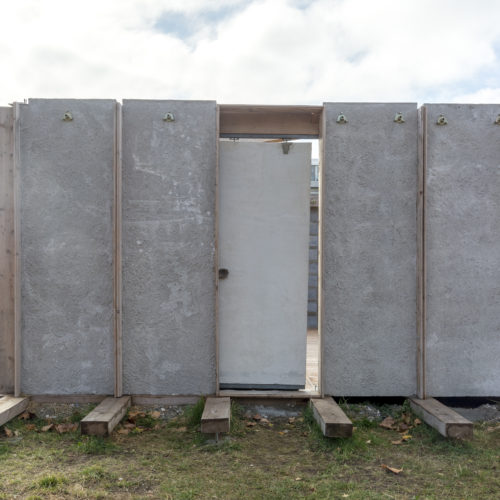 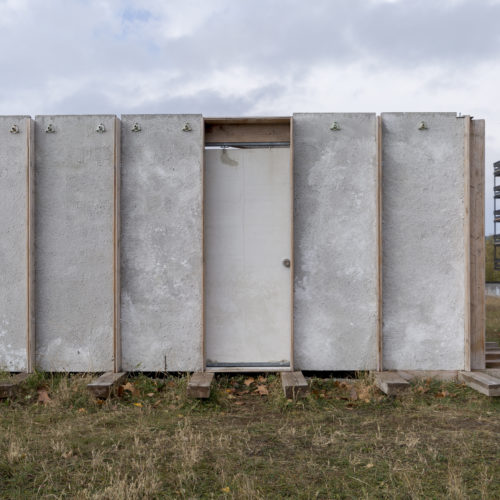 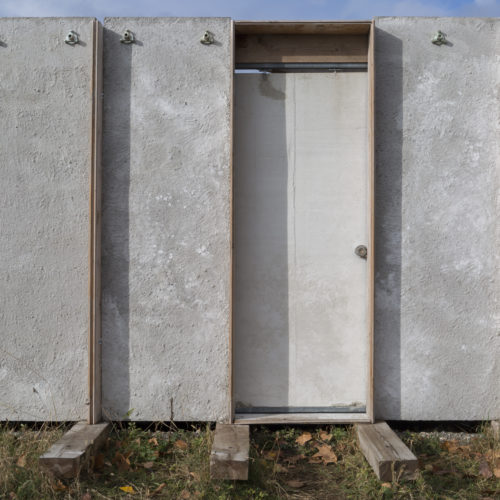 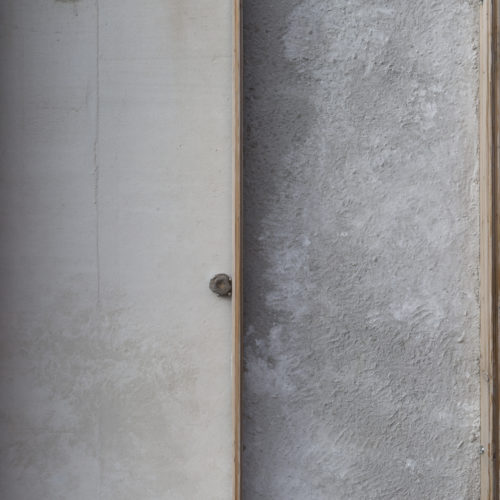 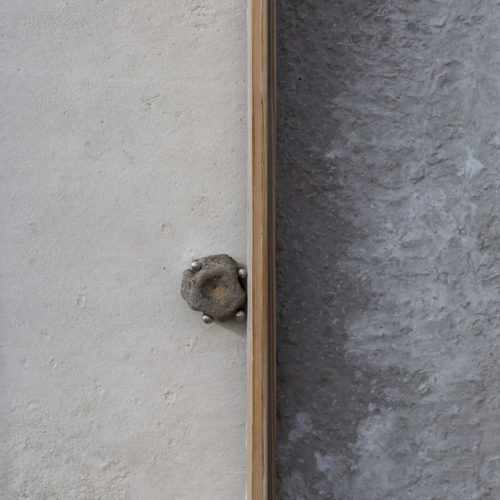 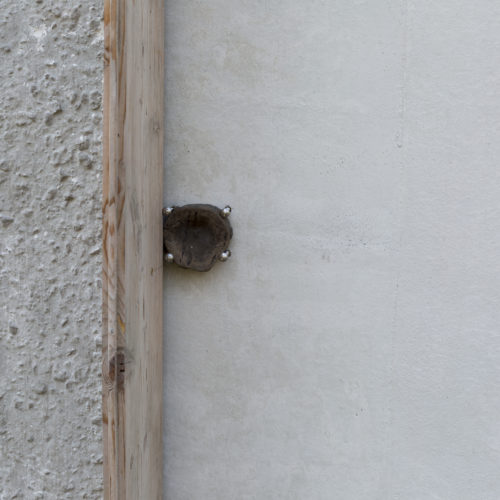 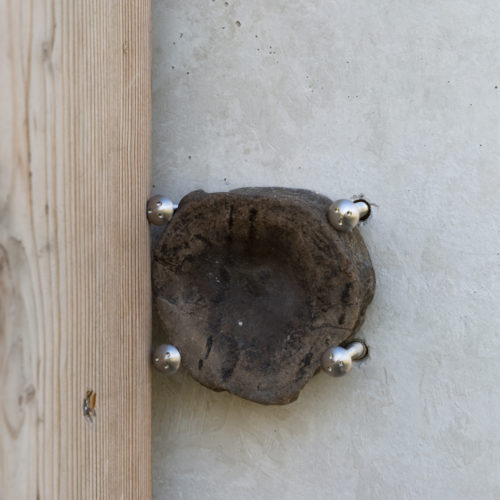 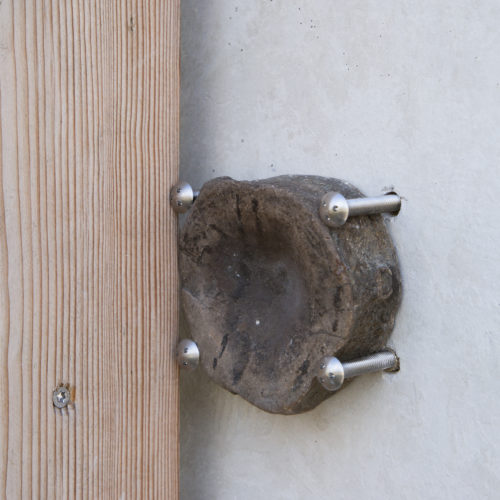 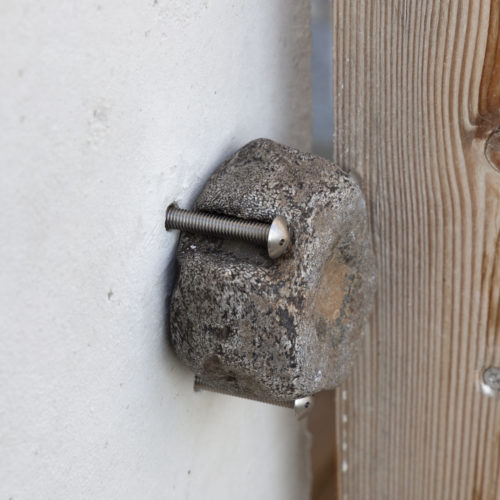 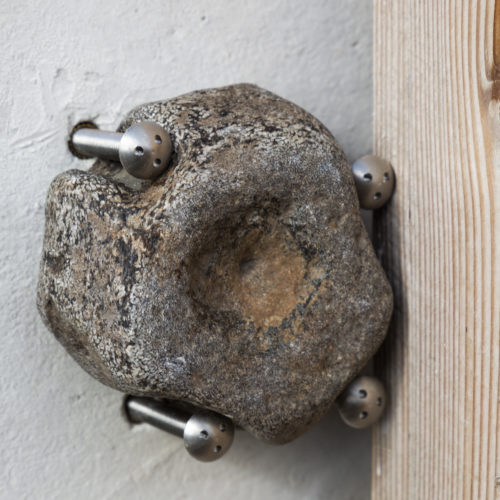 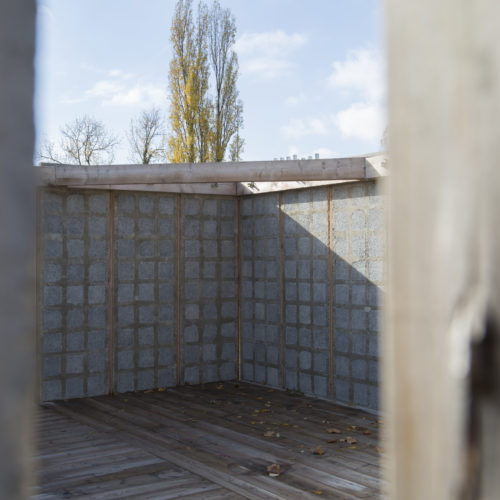 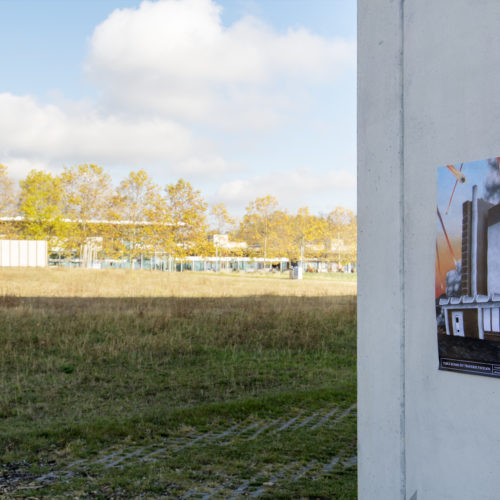 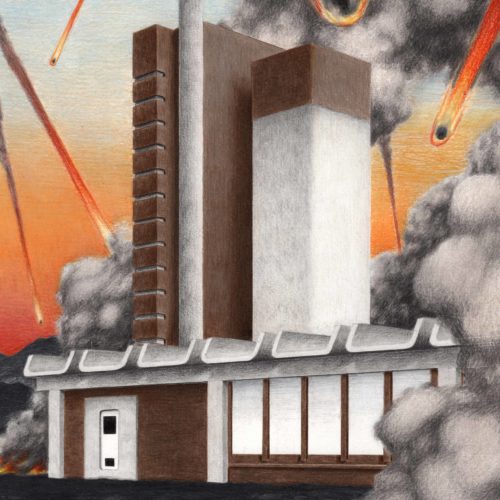